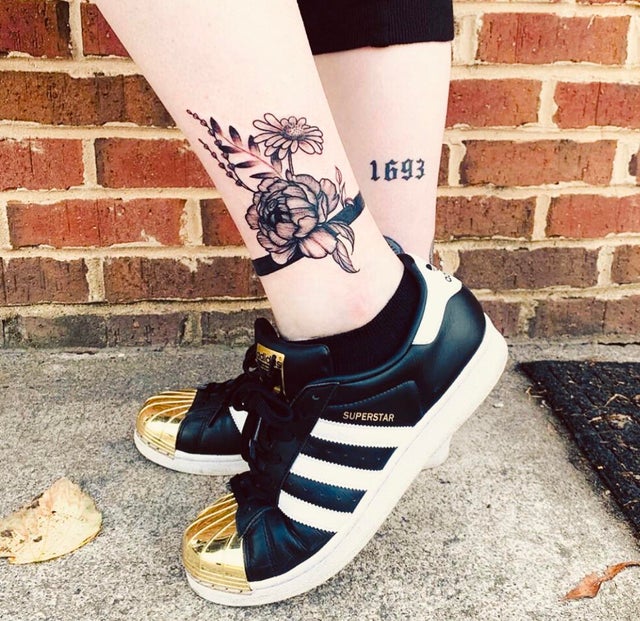 25. The Assassin insignia I got 5 months ago at ZEN Tattoo in Czechia, Teplice. The artist has only introduced himself by his first name, Honza.

21. Girlfriend just got her first tattoo, a tulip for her mom and a California poppy for her father who passed away. Done by Josh Youngblood at Artilery Ink in Temecula.

19. New one. Wolf is my spirit animal. Made by Maria, Mustaamo tattoo, Finland

18. Healed tattoo by Jen at Tattoo Obacura in Janesville, WI.

15. QR Code Tattoo – Yes it actually works! When scanned, it redirects you to a video of the final seconds of Game 6 Toronto Raptors vs. Golden State Warriors. Healed + done by Wookjin Shim out of Toronto. #WeTheChamps

14. 6 months healed, done by Andy@Peckt to the roots in Vienna, Austria. Took the artist just 6 hours, still impressed how good it is

13. Dahlia flower I got done by Josh at Divinity Tattoo in Phoenix, AZ. Absolutely incredible work. It was done throughout the summer of 2019. Might add some border in the future.

11. This is HEALED, done March 3rd by Austin Yancey at Riot Ink in Columbus, OH. Posted it previously fresh, look at post history if interested.

05. Healed dragon done by GB Kim at Generation 8 Tattoo. Her name is Janet and she’s a sweet gal

02. My back by Clinton Lee at Til Death Denver. A few months healed.