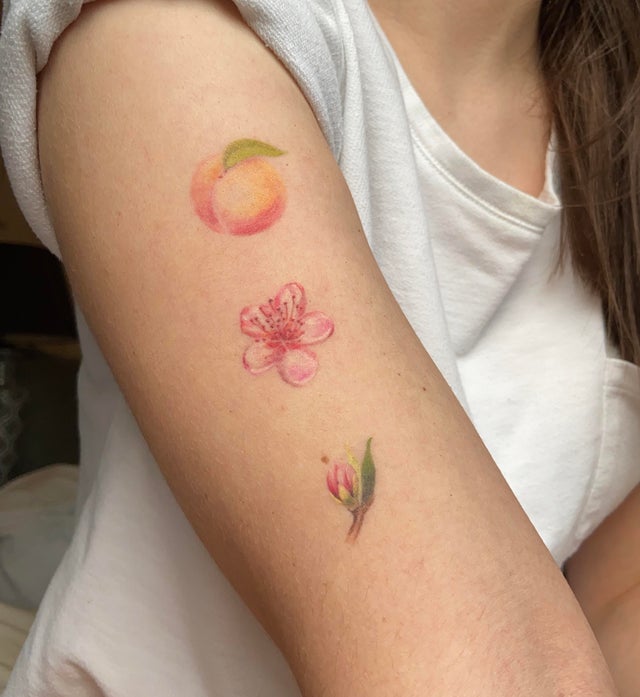 23. Trident and Waves by Osiris Bañuelos at Blue Arms Tattoo in Guadalajara, Mexico. Two years ago when I got it

21. My first big tattoo! Done by Wyatt at Warhorse Ink in Kent, OH.

20. My lil hippie lady by Jessica Hiemstra at Rise Above in Orlando, Fl!

16. My most recent tattoo of a cat with four eyes. Done by maari in Itaewon, Seoul.

15. Healed snake, new rose and dagger, all by Sebbarraza at Blanco Tattoo in Stockholm Sweden

13. Healed photo of my Late hedgehog Spike. Part of a British wildlife nature sleeve on my leg! Done by Jess Owens at The Drawing Room. Huddersfield UK

07. The first ever tattoo I got! Designed by me, tattooed by my very talented boss! Healed in picture, done 2 years ago. Clay Cross, Chesterfield. Between The Lines Studio.

02. Healed Mt. Hood and Portland rose by Adam Friedman at Sideshow Alley Tattoo in Portland, OR

01. Lovely shaman by Kiki at Das Kabinett in Berlin, done back in february