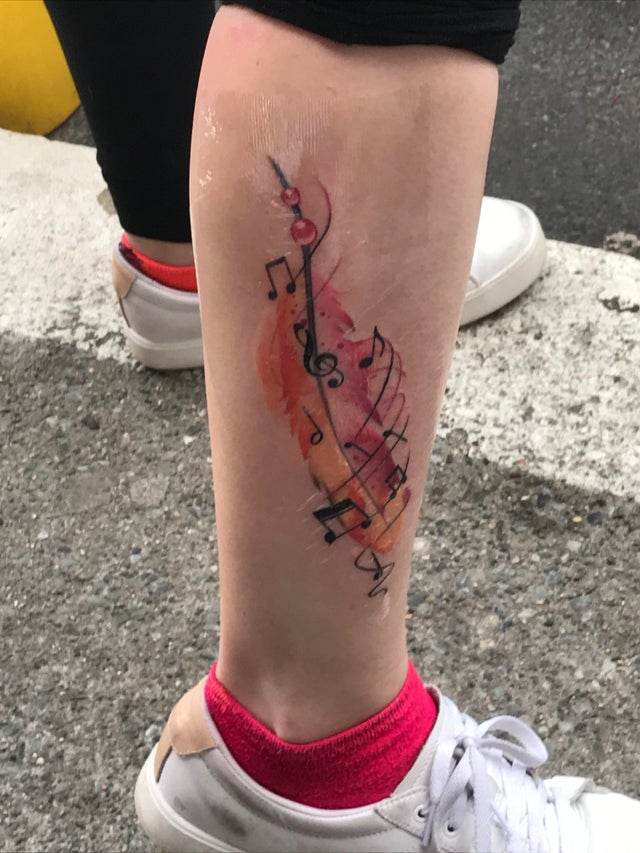 24. Globe added to the sleeve by Chuck White at White Scorpion, NL Canada

22. To the Last, My 2nd tattoo done by Carlos at Kenosha Tattoo Company in Kenosha, WI.

21. I got an Oasis inspired hand tattoo done by David at Red Loon in Edmonton AB

20. Watercolor Feather tattoo done by Mike Lowney (Aka Fish) at Pins and Needles in Brockton.

19. Darling in the Franxx, done by Dan at Dark Age Tattoo Studio in Denton, TX

18. The Black Mamba!! In love with my new Kobe tribute piece done by Dusti Wright at Monroe’s Tattoo Parlor in Orangevale, Caliofrnia.

16. A dragon with his Golden D20, done by Cyle Corse at Inkmasters Studio, Waxahachie Texas.

15. Amazing freehand I had done by my man Josh Line at No Regret Tattoo in Amarillo, Tx a few months back!

14. A wildflower scene done by Roxane at Living Canvas in Columbia MO

13. Spartan tattoo! Done by Jojo at Lucky You in Manteca, CA

10. Don’t Blink!! First Sitting by Caitlynn at Skin City Tattoo in Tigard, OR

05. Done by Russ at Evolution Ink in Fayetteville, NC

02. My pug Henry! By Kym Tongate at Infamous Tattoos in Indianapolis, IN.