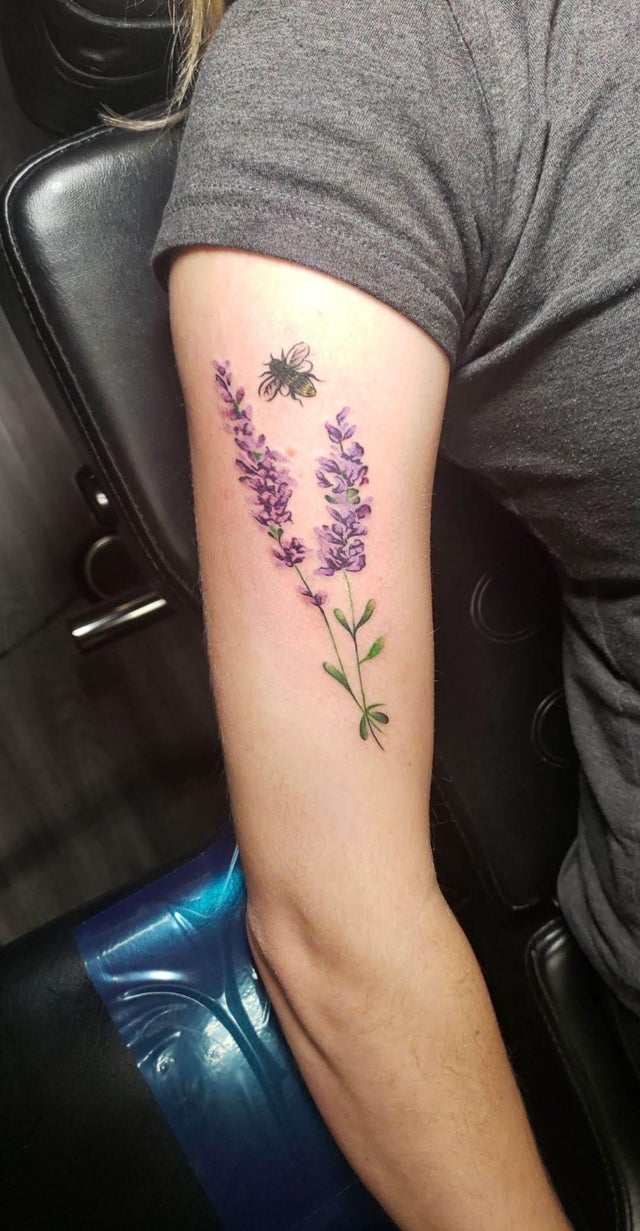 23. Second session on my 3/4 from Daniel at Slave to the Needle (Seattle, WA), including a circle tattoo done 2 years ago by Ron Sugano (Tokyo, Japan)

19. Tattoo by Shae Sullivan at Haunted Heart Tattoo in Tulsa.

17. First tattoo (of many)! Done by Lisa at Divergence Tattoos in Halifax, Nova Scotia

16. Two poppies and a hibiscus flower done by Daniel at Tribal Rites in Westminster, CO

14. My first tattoo: A Coneflower by Michelle Carter of 1001 Troubles in Warren, RI

13. One short session to go to add some red splatters and in the eye. Josh at Sakura tattoo Winchester VA.

11. My first tattoo, done by Chiara at Hobo Tattoo Gallery in Bologna, Italy

07. Got my first tattoo, really pleased how it turned out, done by Mike Lynch, done in Tattoo Island, Achill Island, Ireland.

06. Got this galaxy done today as the first part of my left sleeve. Work done by Aaron Kruckenberg @ Benevolent Tattoo in Mandan, ND

01. Two days back to back with Randy Burnham @ Seven Horses Tattoo in Concord, NH

Why is diamond grading an essential aspect while buying diamonds?