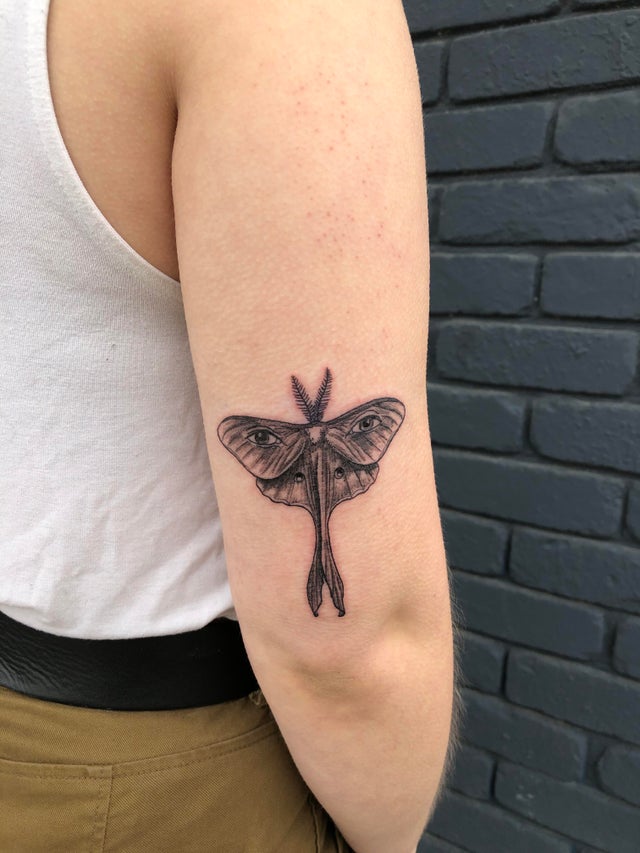 25. Stag tattoo, done by the Talented Alex Kidd at Ocean Ink, Miranda. And also the empire crest done by someone who I can’t remember when I was young and dumb.

24. Hello, i got Recently my first tattoo and i wanna continue my arm with this forest kind of theme if anybody got any good ideas pls don’t hold Back 🙂 (sry for bad eng)

23. My first tattoo by Scott Houston at Scratch Ink Custom Tattooing in Pocatello, ID. I love it!

22. Traditional dragon by Allegra Maeva at The Inker, Brisbane

20. Branch and flower done by @tats_and_snacks in North Texas

16. My first tattoo! S/o to Ana of Crimson Art Collective in Melbourne. [healing]

15. First tattoo done around a year ago by Paige Davidson at custom inc in Glasgow she’s now based at Satellite in the sky in Glasgow already booked in for another piece by her in a couple of months

14. New ink by Jeremy at Gitchee Gumee in Duluth, MN

10. Mario and friends, done by Freddy at Bu-Hu Tattoo, Norway

09. By Stephanie Amaterstein (me) at Sacred Serpent Tattoo. Melbourne, AUS

06. First session done by Ian Olsen at painted lotus in Victoria BC

05. My most recent tattoo, by Chris Collins at Frontier Tattoo Parlour in Cardiff.

01. Got this tattoo the day before I broke my arm back in October. Many of you asked for updates. Out of the cast for almost a month now. Will definitely be getting it touched up but could definitely be worse! Emily – Heroic Ink, Ames, IA.