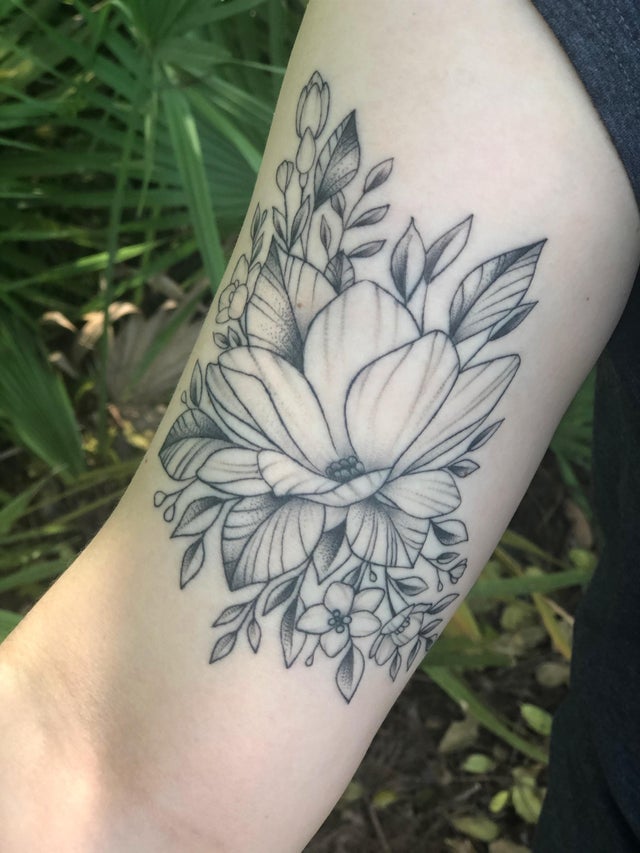 25. From December 2019 – My completed “Disney”(Marvel/Star Wars) – Done by El Mori at Mori Occultum in Munich, Germany

24. Piece I got done awhile back by Hannah at Magnetic Tattoo in Fort Collins, CO

21. My Wolf and forest design | by Nathan at ink obsession SA

19. The End Fresh. Healed robber by Marshall brown at brown brothers in Chicago

18. Got my first tattoo today! Couldn’t be happier ) done by Doug at Revolution Tattoo, Yuma AZ

15. My favorite piece so far by April Jay at Sailors Cross in New Orleans

14. I designed my own first tattoo and got it done by Elina at Sigil Ink in Stockholm, Sweden.

12. First half of both sleeves done. Phoenix by Ryo @ Raiun tattoo in Chatan, Okinawa

10. Turbonegro/Turbojugend logo, by Adam Sage at 1770 Tattoo in Brighton

06. Crystals in potion bottle by Killian at Vintage Karma in Tuscola, IL (pic from when fresh in February)

05. One month healed. By Jake White at Stay Gold in Birmingham, AL

03. The tattoo I got my my birthday in October. By Roman at Skin City Tattoo in Nottingham, UK. (Yes I meant for it to be upside-down. Lol.)

01. First tattoo, healed. By Devin Bennett at Dame of the West Tattoo in Scottsdale, Arizona.