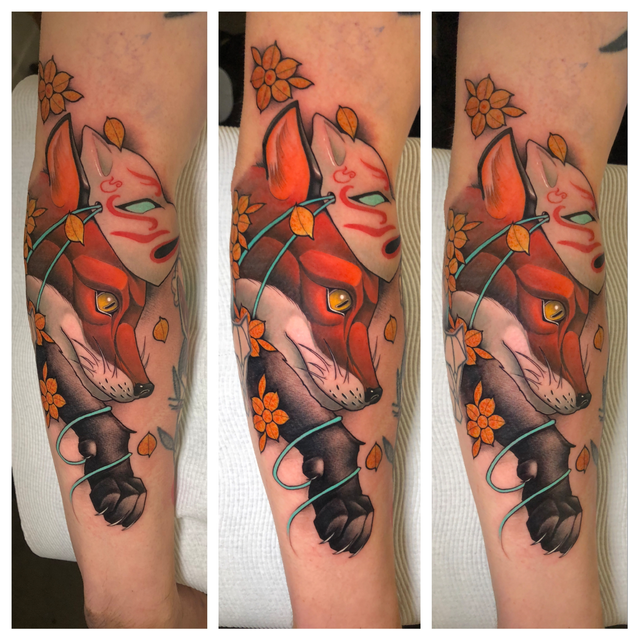 20. Our sibling tattoos from a few years back. Mine is the calf tattoo on the left. Tattooed by Brandon Sontag at Empire Tattoo in Newark, OH

18. Twin Peaks Agent Cooper/Black Lodge collage by Aura Dalian at North Main Tattoo Studio in Plymouth, MI. (Needs a touch-up on some scarring but I couldn’t wait until post-quarantine to share!)

17. Daily reminder to stop and smell the flowers, wherever the adventure takes me. 1 month healed by Brent at Meraki in MO

09. Old tattoo! Done in 2015 by Craig Gardyan in Philadelphia. Now at Grim Tattoo

07. Geo wolf done by Pax from Celebrity Ink, Phuket about 6 months ago

05. 6 months healed Da Vinci Ornithopter, in the ditch of his arm so it flaps, done by Keith C (me) at TNT Tattoo Company

02. Repost A leaf or a kiss… done at Sacred Art, London by Carlo Roffare (done in December – pre corona)