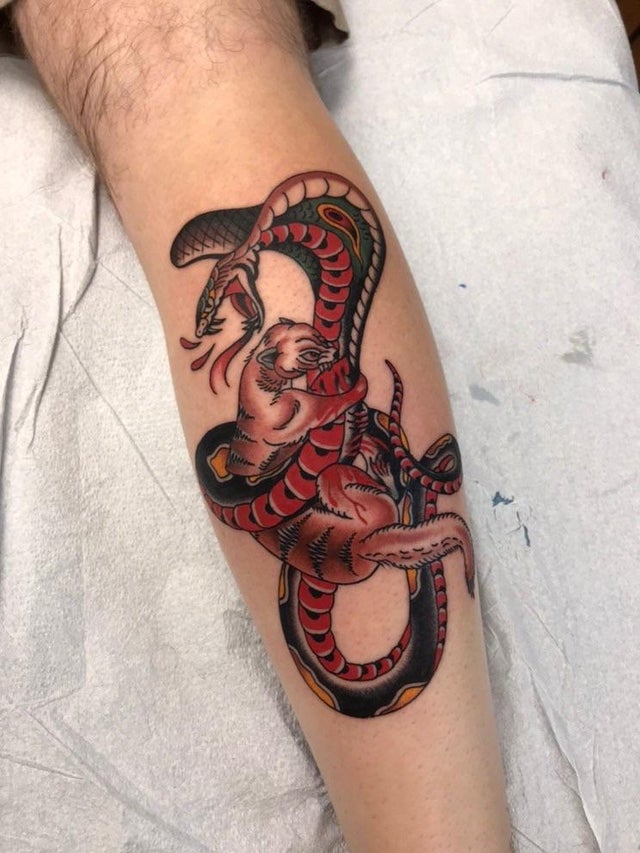 21. Phoenix by Tubi at forevermore in Glasgow. My first Tattoo but definitely not the last.

20. One of my favorite tattoos, a Grizzly Bear done by Erin at Ultraviolence in Anchorage, AK.

19. Wanted my wolf for years but couldn’t find the right artist until I found William at Own Agenda Tattoo, Glasgow. LOVE!

18. Finally finished my sunflower and mandala piece by Caitlin Major at Pretty in INK in Roseville, CA!

17. My Hufflepuff/herbology tattoo by Nikkirex at Hideaway Tattoo in San Diego

08. In honor of my cake day, here’s my Reaper I got on Halloween last year. Done by Zach Nelligan of Mainstay Tattoo in Austin, TX.

06. (Most of) my right sleeve done by Nathan Wilson at Independent Ink in Warren, MI. Done over a weekend in October 2018, yet to finish because it hurted.

01. My Korean folklore tiger! Done by stampygoblin at Seven Swords in PA. Got it done in August.