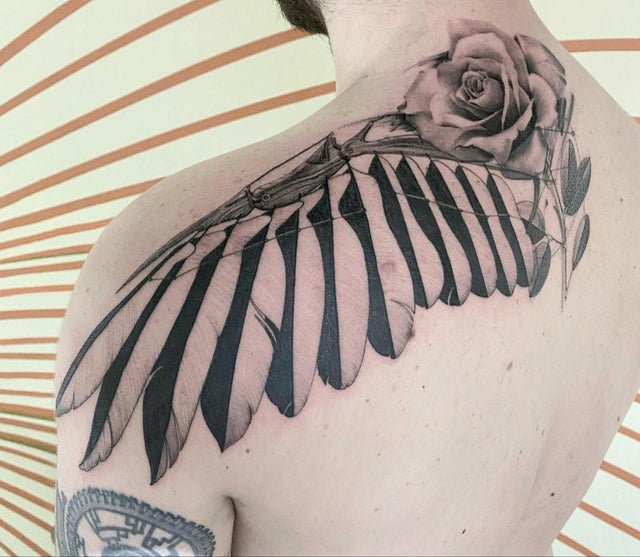 24. The Assassin insignia I got 5 months ago at ZEN Tattoo in Czechia, Teplice. The artist has only introduced himself by his first name, Honza.

22. My Ghoul and Ghoulette by Jesse at Mission Tattoo, Riverside CA.

18. My first tattoo, its simple but i like it – at skinfuel empire, Norway

16. Angel wing and a rose. Dedicated to me being named after the angel Gabriel. Done by Dustin Swinks – Swinks Tattoo Emporium – Atlanta, GA

13. Cover up and start of my sleeve. …… Reigning Ink Tattoo Designs, Nicholasville, Kentucky

12. My bf picked out this tattoo in about 3 min and this is his fav so far! So I think spontaneous things are the best. Done by me

11. Greek flag with the date and island of Greece that I was baptized on back in dec done by Jimmie carver of ink therapy real cool guy

10. My butterfly on oleander by Holly Underwood at The Ivory Tiger in Summerville, SC

09. Healed NPN transistor by David at The Order DTLA. It lost some ink while healing but I can’t get it touched up until the world stops ending.

07. Fully Healed after 45 days… Done by Angel Antunez out of Skin Design Tattoo in Honolulu

05. My lighthouse is almost a year old and still standing strong. Done by Jeromy at Pens & Needles in Colorado Springs