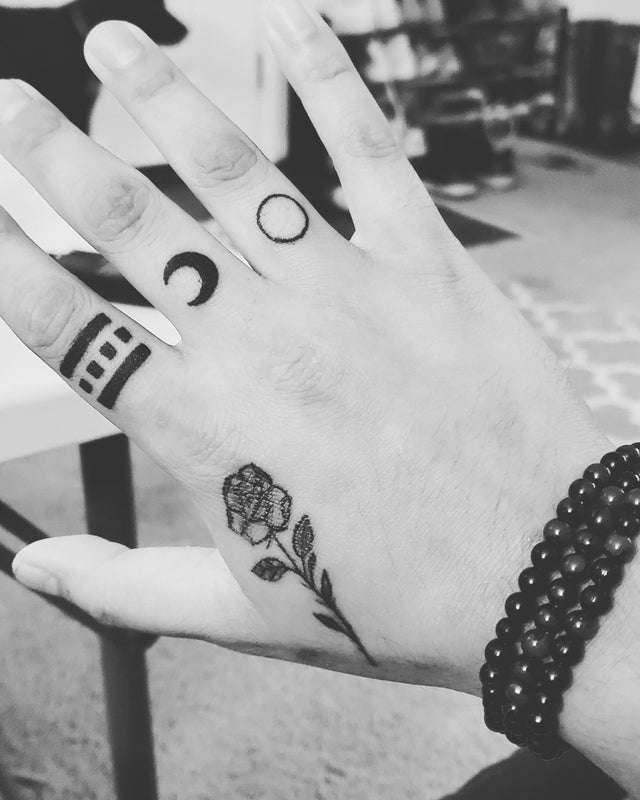 24. Just finished my sugar skull owl and had my old independent cross redone. Thanks to Jacob at Art and Soul in Winnipeg.

23. Cow skull and sunflowers by Logan at Speakeasy in Boone, NC

17. Fresh (2 years ago) made by CAVELLUCCI @ Queen of Hearts, Lisbon

14. My first tattoo, the modern coat of arms of my home town with elements of the old one from 1892. By Punch at Attitude Tattoo Club in Wilhelmshaven, Germany.

10. Here’s a HEALED pic of the one posted earlier since it got taken down bc missed the new rule(oops) my little poopsies 3 flotsam and jetsam on ribs done February 2019 Landon Morgan All Sacred Tattoo, Denver, CO

09. My back tattoos. Stars and Swallows, Dartford UK

07. Three year old tattoo of my first cat with my second cuddling up. Artist Marie Samoilovaite at Atlas in Tallahassee, FL

04. (Healed repost) Architects symbol from the Lost Forever Lost Together artwork. Was done in October 2019 by Liam Manson at Rebel Studios, Aberdeen

01. 1 year healed And my most painful one yet! Done by Damian @ dark matter tattoo in Wiltshire.