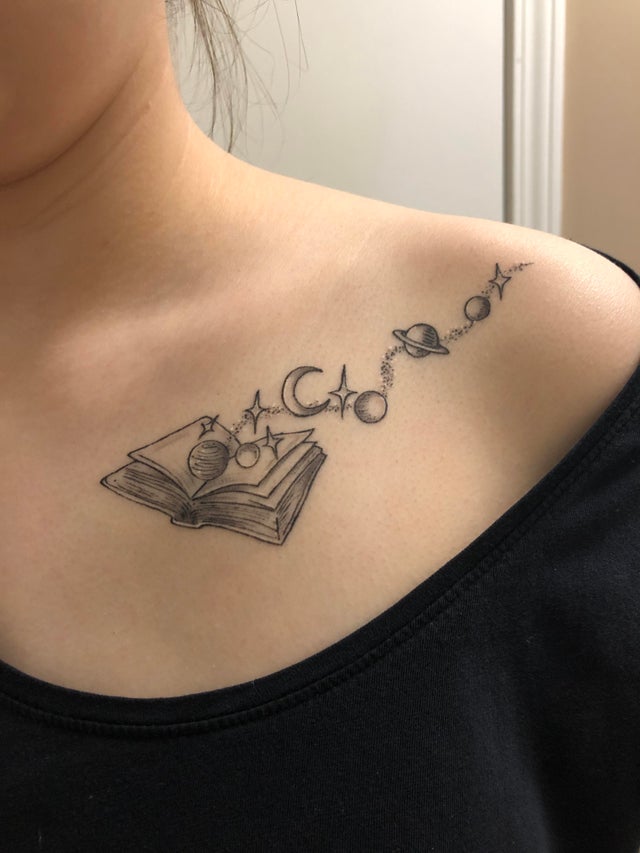 25. My first piece tattooed by Kevin nijsse at walls and skin, Rotterdam

23. Taurus Bull piece done by Drayegon at Star Tattoo in Milwaukie OR.

22. Healed snake tattoo – by Alesha Kobzeva at Tattoo All Stars in Veenendaal, the Netherlands

21. Sushi tattoo (healed) by RD at Shine On Tattoo in Lawton OK

18. I got this to commemorate my travels, 3 months healed. Done by Kimbo at the Edison Bar & Ink in Budapest, Hungary.

17. Had my opossum tattoo for over a year now. Here’s the fresh and up to date comparison. By far one of my favorites by Noah Hollis at Hub City Tattoo

16. Carnation and Tiger Lily done by Austin Fields in 2018. At the time he was at Handcraft Tattoo but recently opened his own shop, Black Fern Tattoo, in Cincinnati.

15. My first Tattoo done by Leoink Tattoo in Germany at Human Inkstinkt !

11. Healed Creation of Adam and hibiscus, both done by Diego Sanchez at Stattoos Moravia, Costa Rica, august of last year!

07. Done Friday, March 13th by Heidi Hood at Working Class Tattoo in KCMO. Probably one of the final tattoos before our shelter in place took effect.

01. Book with space done by Aubry Claire at Empryrean Tattoo in Marietta GA. Done in January, healed pic from February