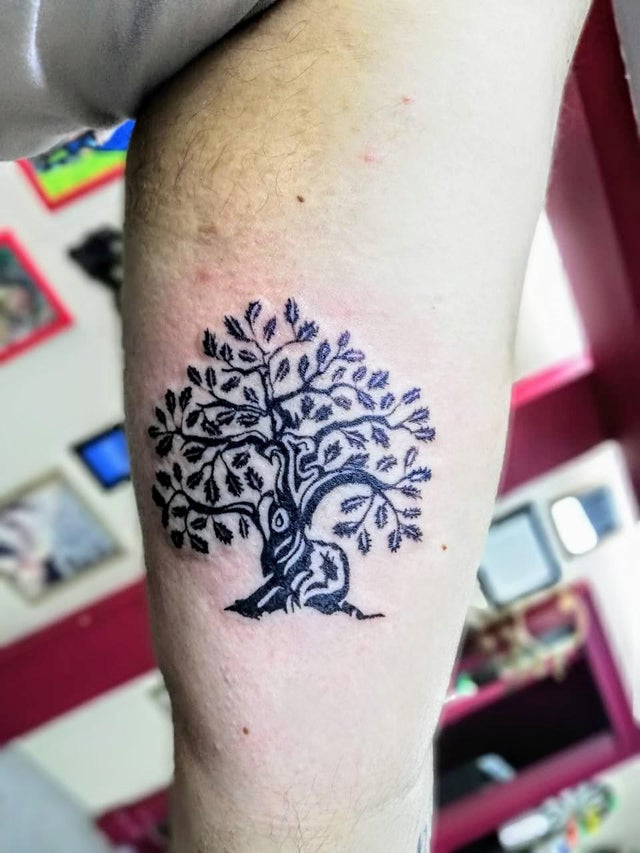 25. A fun little pineapple I got at Tommy’s tattoo convention in Hartford, CT. Done by Shawn Ramsey of Canalside Tattoo

24. Kitsune girl by Holly Elizabeth at Black Rabbit Tattoo in Richmond Va (so pleased with it!!)

23. Skull and chrysanthemum by Tyler Nguyen, (me) done out of My Little Needle tattoos, Plymouth, MI

22. Tralfamadorian done by Randi at Moody Tattoos in Seattle

19. Spooky birthday ink by Nate Burns at American Crow Tattoo in Columbus, Ohio. The bruise was already there, I’m just a klutz.

09. so incredibly happy with this piece from jerika @ eternal tattoo in springfield, mo (i got kinda bleedy so there are a couple spots to touch up)

07. My first tattoo done in memory of my brother by Jordyn at The Studio by Body Mods, Vancouver, Canada.

04. Devil Whispering In Your Ear done by Caleb @ Lucky’s Tattoo in Cambridge, MA

02. A healed shot of my lotus tattoo. Art and photo both by Johnny Beavers. Publik Studios, Houston Tx