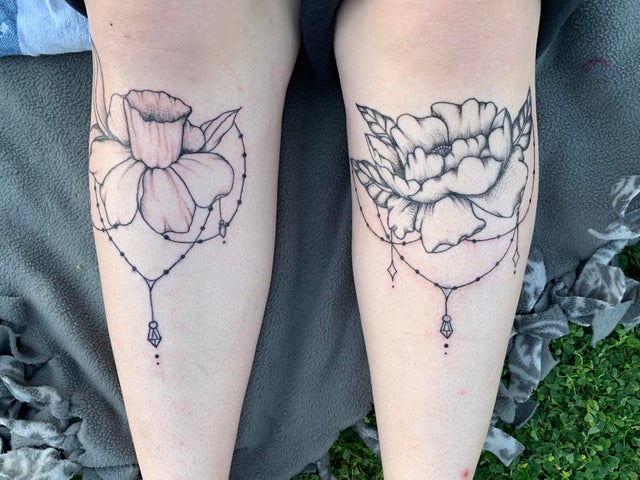 23. First tattoo by Chado at savage tattoo in Ogden, Utah!

22. My back arm tickler for time out tattoo in Chicago, Illinois by Keara McGraw!

21. (WIP) Falkor by Kitty at Let’s Buzz, Norway – fresh in the pic, from February. Continuing soon!

20. Two months healed. Waiting till I can get them touched up! Done by Joey at Physical Graffiti in Linden, NJ

18. Octopus holding Ace, done at the start of February (Healed) at Tattoo-Andrei in Bamberg, Germany

15. Gypsy Girl I had done a few months ago by Gre Hale, Rain City, Manchester UK

14. Tattoo healed 3 years ago (photo today) It took 18 hours over a few sessions first in black & grey then gone over in colour by Jarod Liversedge at White owl Tattoo studio in Auckland, New Zealand.

13. Latest piece by my boyfriend Tye Harris • Done at our shop Faces In The Dark Tattooo in Kyle TX

12. This Mayan glyph has been healed on my tricep for about 2 years now. The glyph means “young brother”, and includes an eagle pecking out a jaguar’s eye. Done at a convention in Richmond VA

11. My healed baphomet done in March before the world shut down. Done by Shanti at Bay Ink Tattoo in San Diego CA

10. I stumbled upon this tattoo and I got pretty intrigued by the shoulder chest portion but so far I haven’t been able to find similar designs, anyone has any ideas Other works or artists using this style

08. My first tattoo (3 years healed) by Jared at Tempest in Dickson, Tennessee

07. Wolf (Hati) devouring the moon unfinished but healed for 2 months. By Jade at Sink or Swim, Niagara Falls

06. Both my tattoos healed up, both done by Jeroen van Dijk @ Salon Serpent in Amsterdam