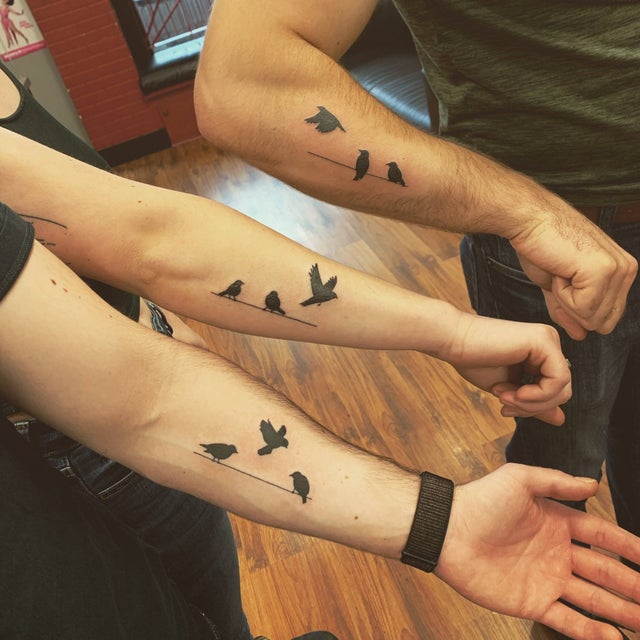 25. Finally got some more work on my arm done: “The Universe” (Thoth Tarot) by Ewa, Flash-Back Berlin

24. First tattoo by BK tattooer who was guesting at No Arts studio in Germany.

17. “Retired Racehorse” to commemorate my thoroughbred and her lip tattoo, done by Brittany at Blue Lotus in Madison, WI

13. Done by Nathan Varney at Riot Ink in Powell, OH

10. My newest piece done by Sean at Art Sharks in Saskatoon, SK

04. Skull and chrysanthemums by me, Jeff Croci of 7th son tattoo in San Francisco CA

02. The other leg, also done by Mark Halbstark in his private atelier in Berlin

01. Birb Siblings, by Ben Tyne at Union Tattoo Studio in Victoria BC