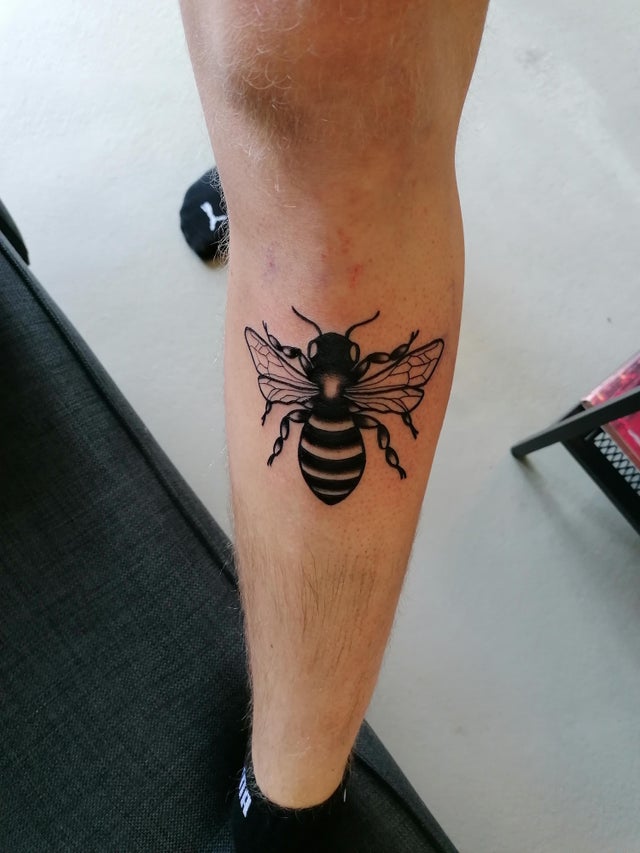 14. Traditional bee done by Matthew Okuly of Anchor Down Tattoo Company in Syracuse, IN

13. A bee with some lavender from today – by Tesia Rhind at RedRonin in Winnipeg, Manitoba

10. Carpenter/rocker bee (my crazy idea) done by Mick Pissoff at The Poison Apple in Ada, OK

03.Honey Bee, by Don Boos at Bay Ink Tattoo in San Diego, CA. Still can’t believe this is my tattoo!