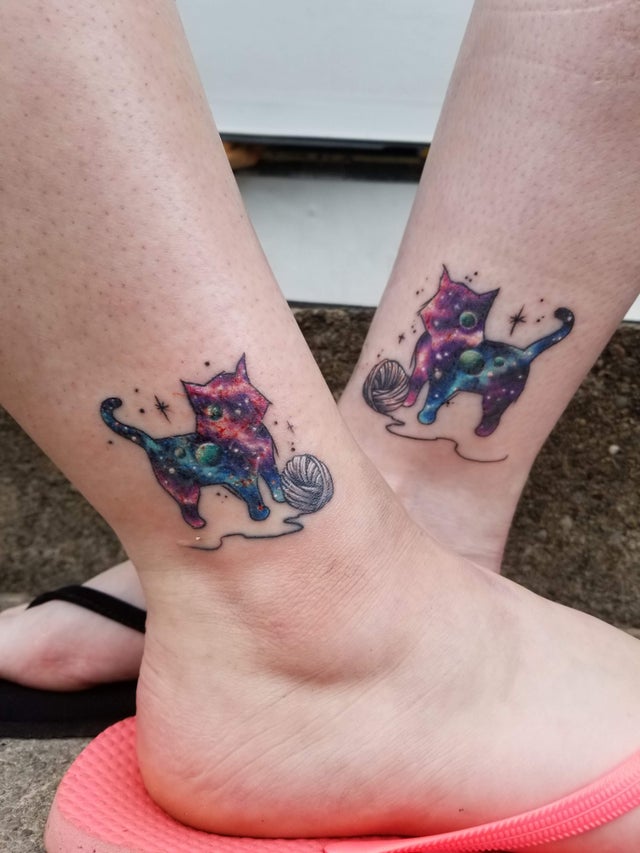 19. Huginn and Muninn By Indygrain at Vinmana Tattoo in Quezon City, Philippines

18. Matching space cats with my niece. Sean at Townhall in Wilkes Barre

11. My latest from Dan Santoro at American House in the poconos.

10. Got this done at Citizen Ink by Joe in Brooklyn

09. Psychedelic Space and Time, by Fatty at Fatty’s Tattoos in Silver Spring

05. My first tattoo by Katie Darling at Studio Seven in Michigan

04. New jellyfish by Joe Breitenbach at Pinstruck in Newark, DE

02. My new scorpion done by Taylor Ward at Inferno Ink in Burlington, NC