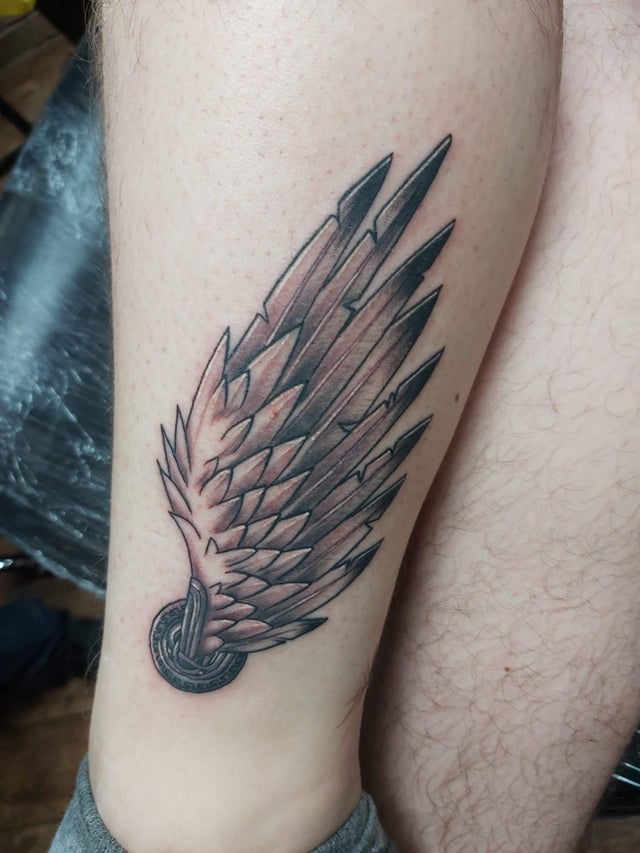 25. The Creation Of Adam by Jade at Lizard Lounge in Kissimmee, Florida

22. A traditional style eagle and snake done by Justin Fults in a guest spot at Sacred Soul Collective in Oklahoma City

21. Tattoo by Shae Sullivan at Haunted Heart Tattoo in Tulsa

20. Did a thing today …. big thanks to Ben Ziskind at Kingdom Tattoo in Atlanta, GA

19. This may hurt a little but it’s something you’ll get used to

16. My new piece done by Felipe Santo at Chronic Ink in Toronto.

14. The Mountain by Alli @ Black Diamond Tattoo in Murfreesboro Tennessee

10. Perseverance by Simon Ackroyd at Olde Tyme in Cornwall, ON

09. Inner Bicep Piece I got few months ago. Drawing by Jack Ankersen Tattoo By Sezer Özcan at Istanbul

08. This my arm. Mostly done by Kia at Invictus in Vallejo, CA

06. My Cosmic Wolf, done by Koral at White Rabbit Tattoo Studio in NYC

05. A capricorn/sea goat/mer-goat (my birthday present to myself!) done by Maegan LeMay at Iron Hand Tattoo in Cranston, RI.