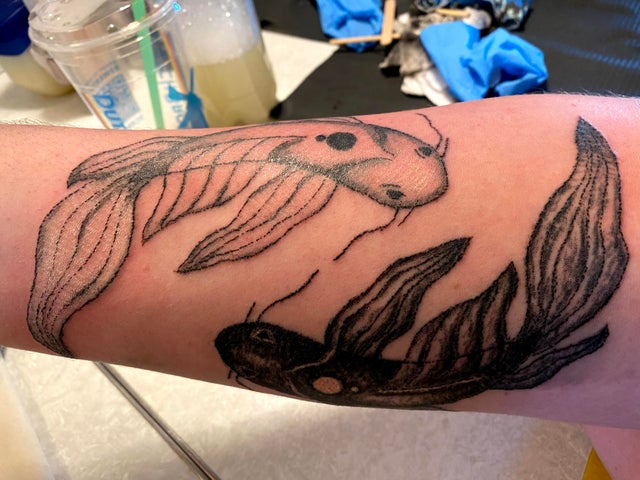 22. The first part of my sleeve by Shane at Southern Cypress Tattoo in Columbia, SC

19. An icebreaker standing in the Northern Ocean. Done by Nikita at nvdovintattoo, Moscow, Russia

10. A sailor’s grave is all I crave, done on me by Sam Ricketts @ Phantom Tattoo (UK)

08. Whale Shark by Kinsey at Prana Art Collective in Rome, Georgia, US.